A few days ago an expedition team of Hike One designers found themselves in the middle of New York City for the Awwwards Design Thinkers Conference. What attracted us to this conference was not only the allure of New York City but also the superb line up of speakers Awwwards assembled together. The speakers occupations ranged from designers, technologists, researchers, branding experts, innovators and one mad scientist artist. The goal of going to this conference was to soak in as much creativity inspiration as possible as well as to obtain the secrets behind the success of some of the most important designers, companies and agencies in the world.

With the conference still freshly ingrained in our minds we summarized what we found to be the top mind blowing and impactful learnings so that you, yes you the reader, may be inspired to go to their next installment in Amsterdam.

Paul Hamilton issued a query that peaked our interest. Why do we as designers always seek for friction reduction in the experiences we create for users. Why do we not take a hint from the classical hero’s journey model. In this model the Hero (user) encounters friction along their path to happily ever after. The trick is, according to Hamilton, that this friction ultimately creates deeper more meaningful experiences. That through struggle comes a deeper understanding of one’s self and one’s goals. This hero’s journey however tip toes a fine line between a kickass user experience and one that leads to an unsatisfactory or displeasurable experience for users. 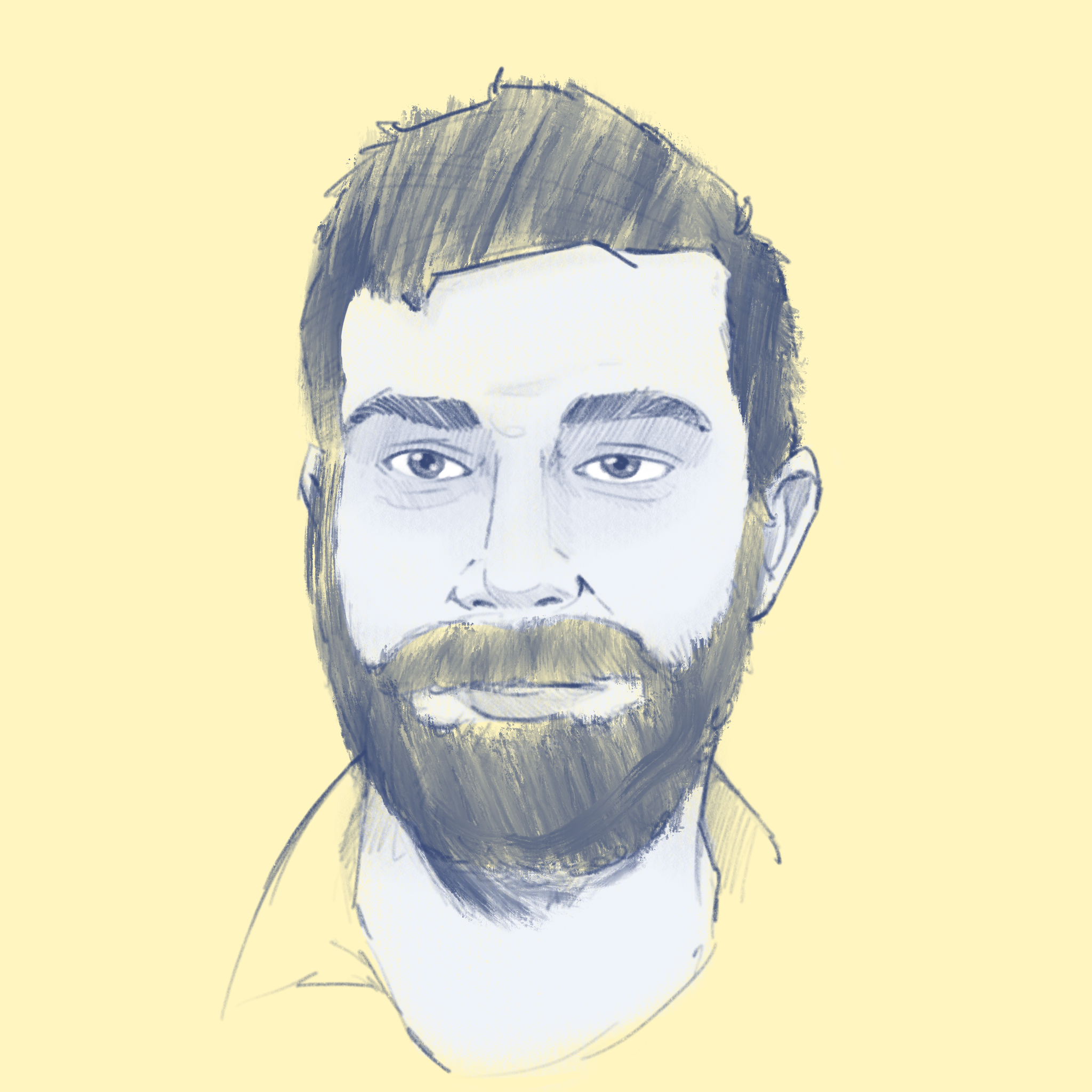 Cap took on a topic that not much of us think about when thinking about our careers, the quitting part. This is a topic that no-one really talks about, none of us actually really do think about that end part. We do only when we either have had enough or have a feeling of complacency. We never really approach this topic humanely, rather it’s always seen as coming from a place of negativity. Thus Cap left us with two insights that may improve this whole experience. 1) Be human and be intentional. Treat people with respect, be open with how you are feeling, and above all else be intentional with what you want. 2) Leave on a positive note, don’t leave behind grudges or simply vanish. Leave with a “last lecture” on how you experienced your time working at the company. Sends you off with a proper goodbye with no ill feelings. 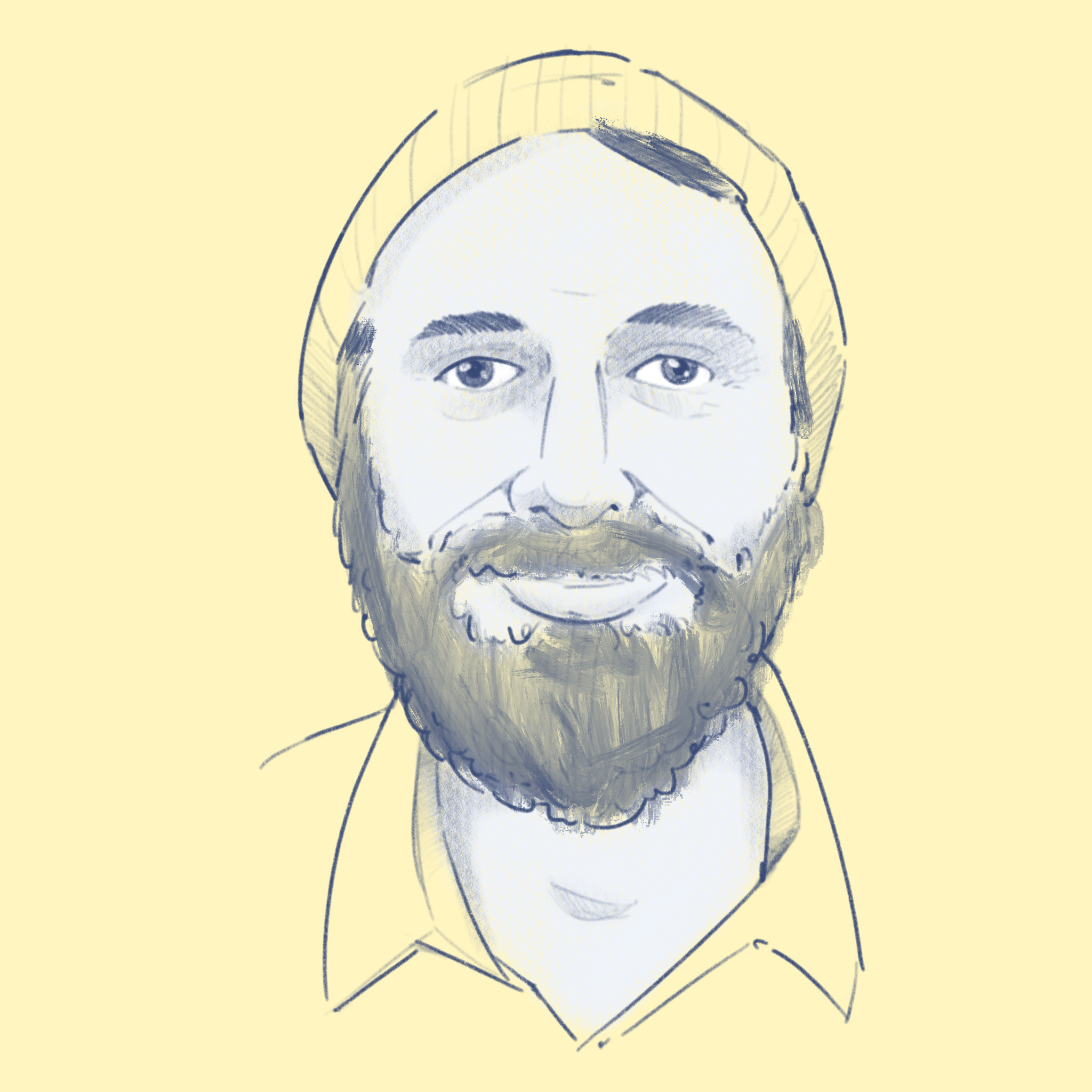 Reed Enger: Finding the soul in your system

Reed’s presentation put onto full display his deep knowledge of history as well as a vocabulary that is unrivaled. Reed applies this to how he sets up his design systems. For example rather than label a component as “information card” Reed instead seeks to imbue this with soul, or unique purpose, by renaming the component “Well of Knowledge”. While subtle this evokes a personality within your system. In turn this makes you, the designer, more descriptive and intentional with your designs. 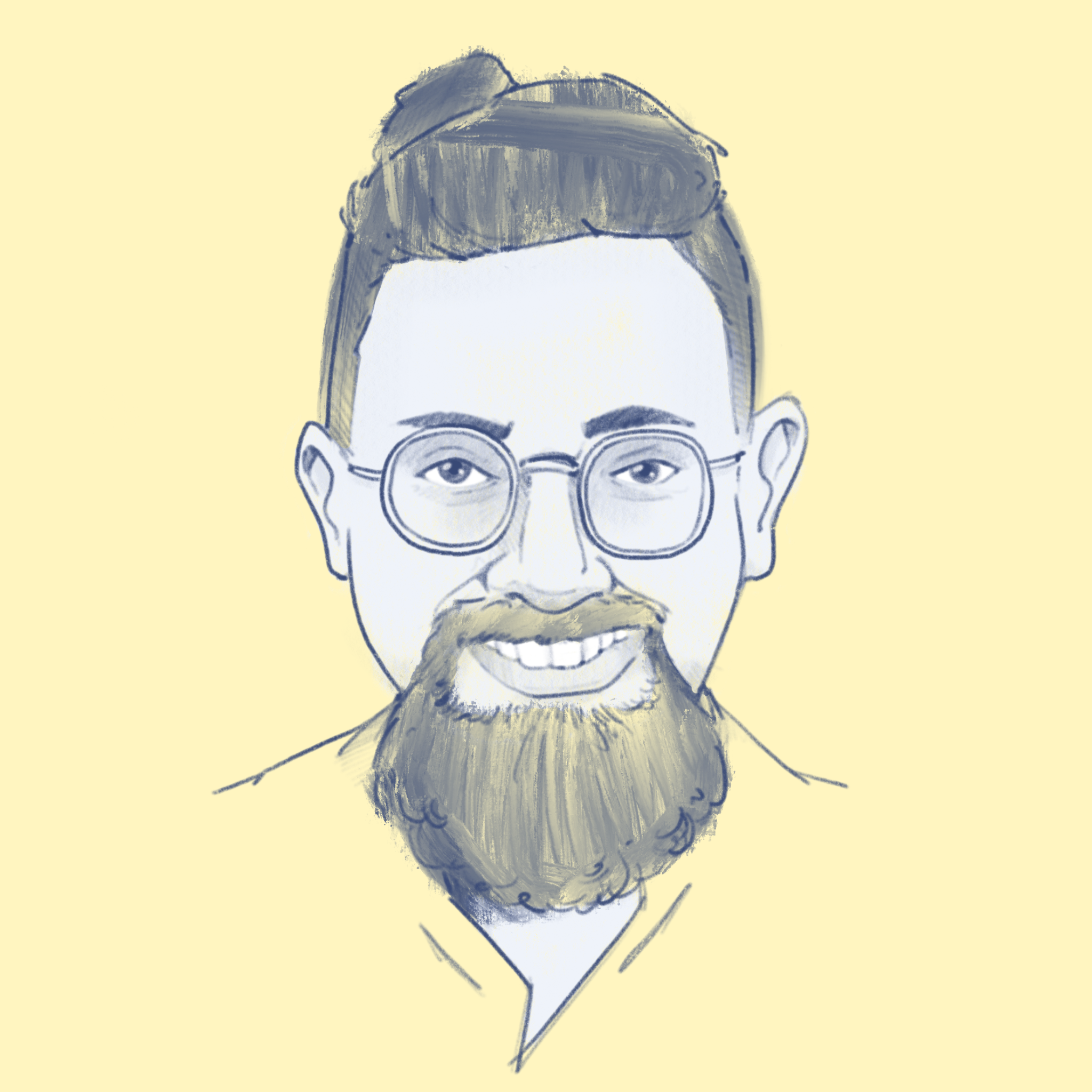 While serving as host for the conference, Pablo also gave us his rundown on why accessibility is important in product design. He revealed why this topic is important in design due to his own experiences as he himself is colorblind. From an experience point of view, when a product follows accessibility guidelines this always leads to a satisfying user experience. Everyone benefits from an accessible product. From a business point of view an accessible product experience leads to better search results, better conversion rates, better visual design etc. Pablo left us with seven tips for making sure your designs are accessible: 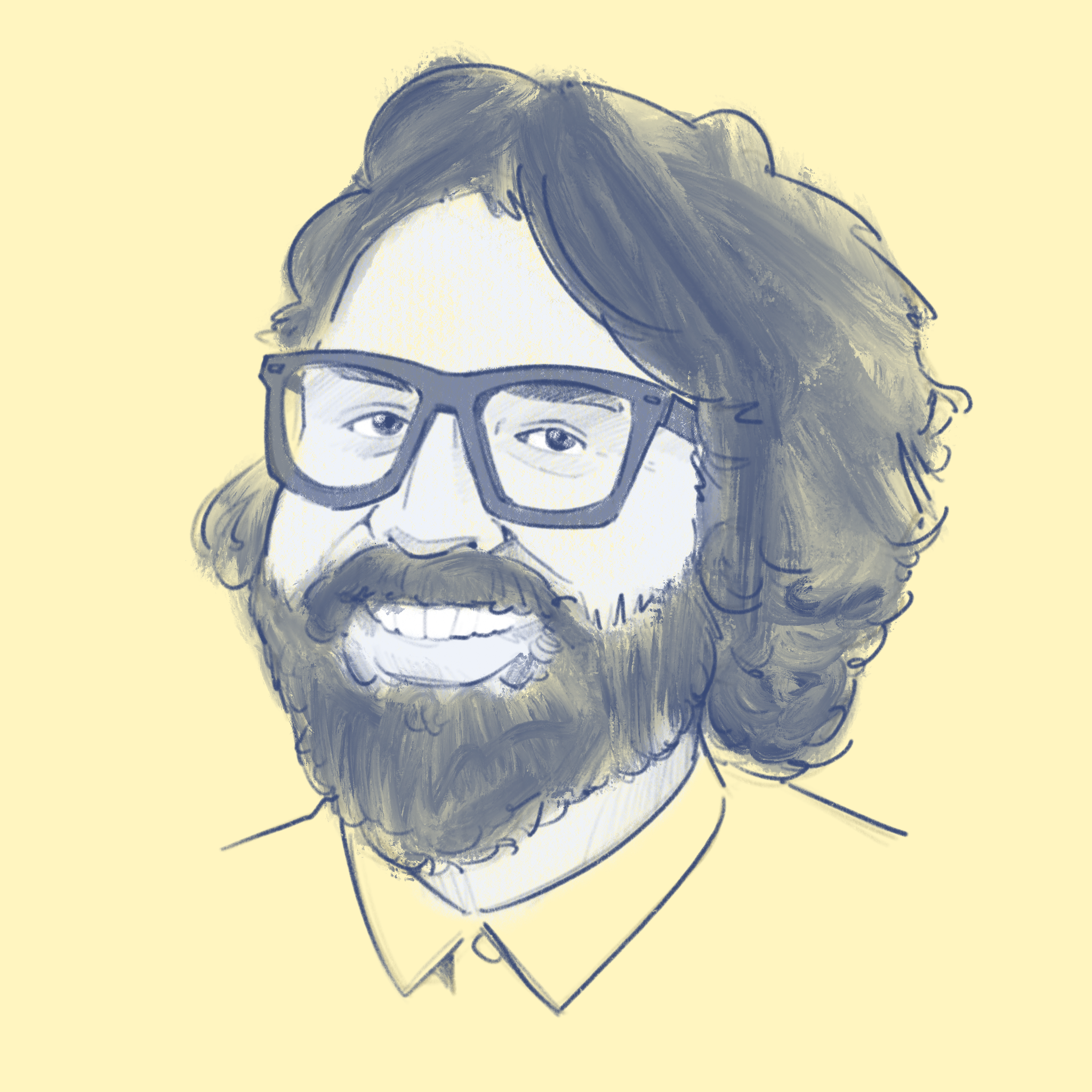 Meagan Fisher: How designers should be hired

Meagan presented us with a few insights on how designers should present themselves when applying for a job. She stressed the importance of, as a designer, showcasing your talent in designing for real people rather than for other designers. “Your Dribbble shots are kickass, but how do you actually work”?
Meagan also highlighted behaviors that she personally looks for in designers. She looks for designers who actively seek to engage with development rather than designers who have a “developers will figure it out mentality”. She looks for designers who inherently understand their role and the power they have to design solutions that do not discriminate or utilize the dark side of design. 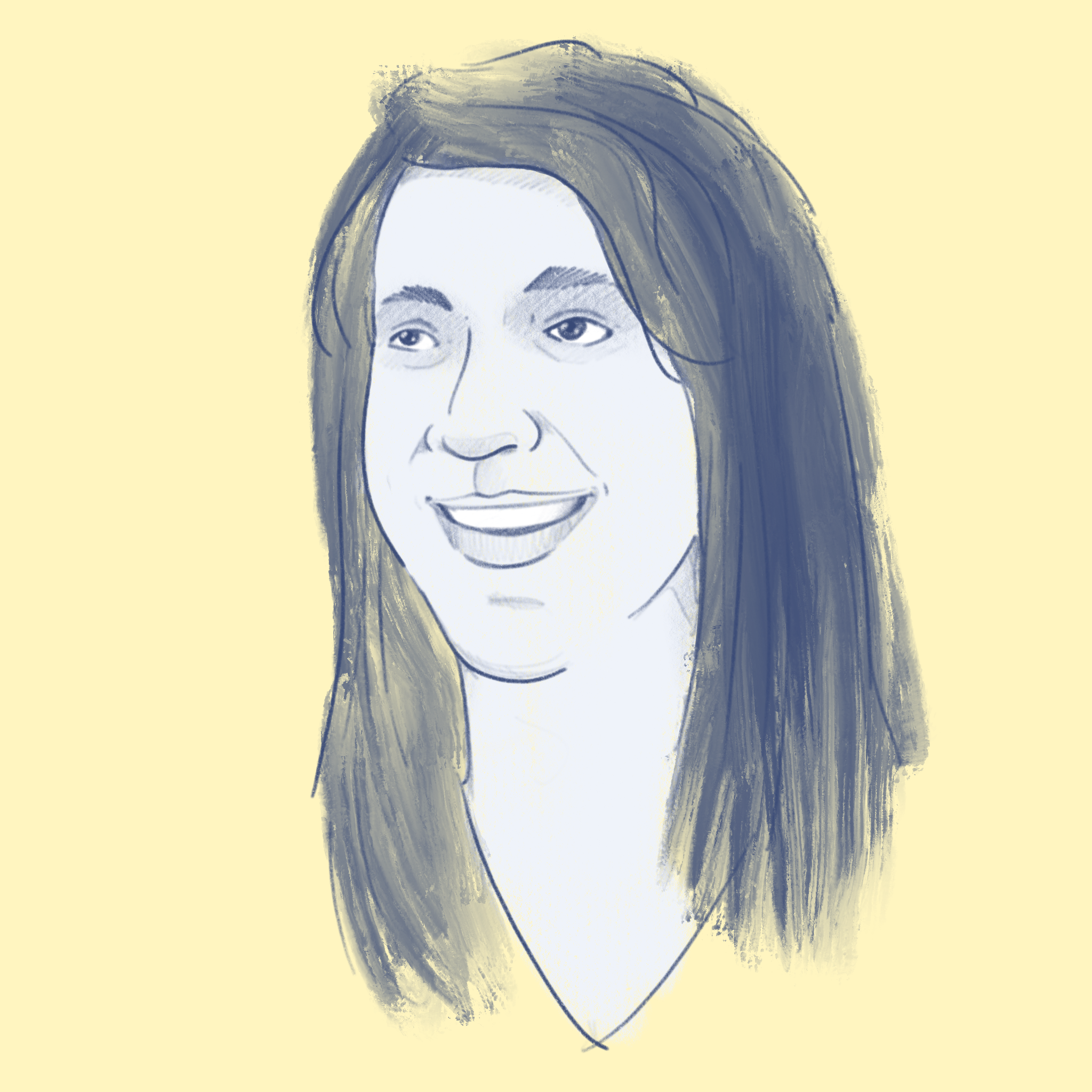 “Make good stuff or good money”. Pretty catchy quote, a bit 50cent reminiscent. Over the course of her presentation she stressed that designers should have fun with what they are doing. They should do it for the right reasons, and above all else not take it all too seriously. It’s design, it should be a fun-weird experience. That we as designers should not aim to be perfect and that cliche quote of “practice makes perfect” needs to be adjusted to “practice makes better”. 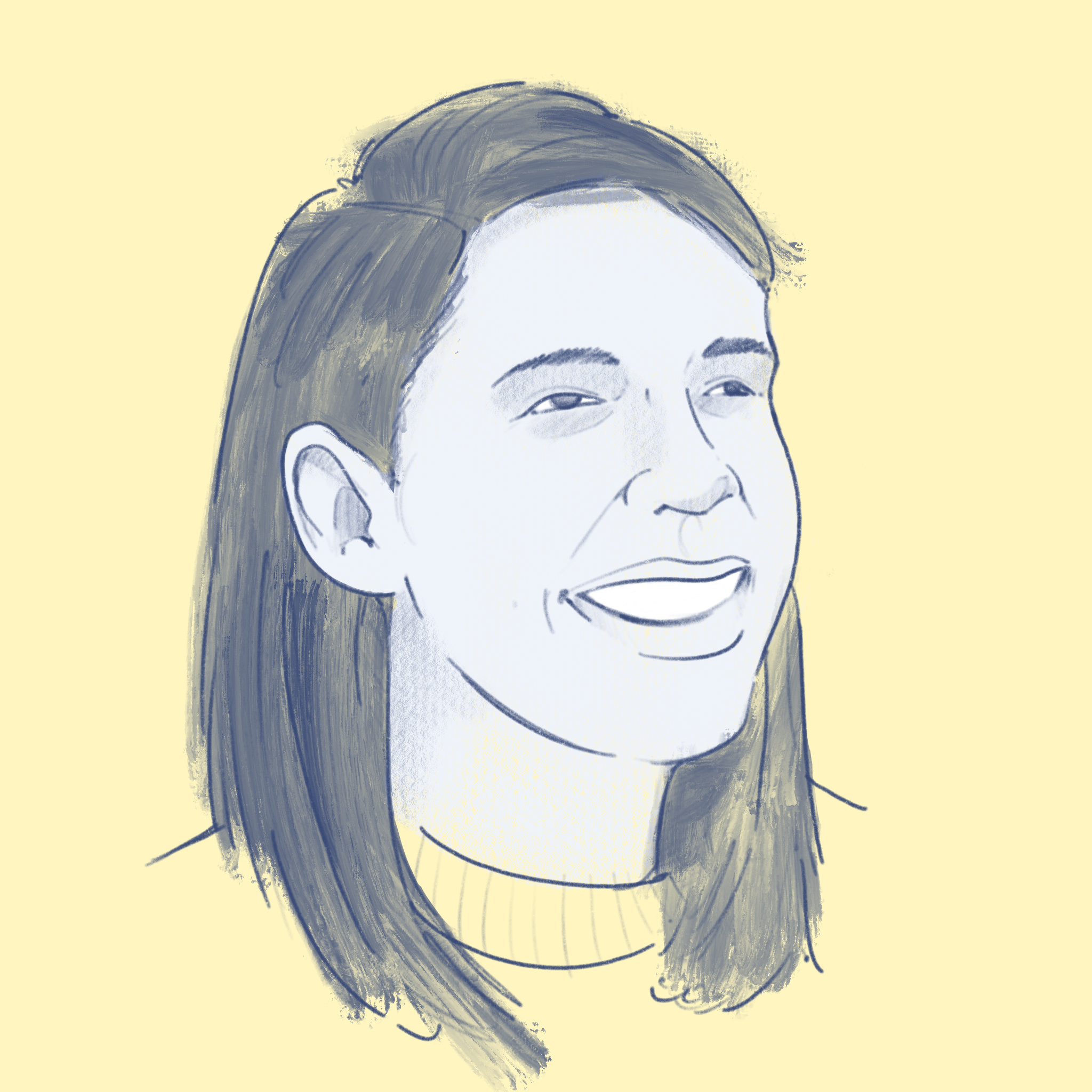 Escape the hot dog factory! Be the hot dog that runs away from traditional conventions. Throughout his presentation, David continually stressed that if you want to be hired to do a certain kind of work you need to show it. He went on by stating that Ueno doesn’t only do the awesome and quirky projects. That they also do work for clients that may seem standard or rather dull. For example being assigned to create templated landing pages. How Ueno brings fresh life into these “dull” situations is by fully investing themselves in their work and being “in it together with their clients, fully”. According to David this meant following your gut and not your ego at times. 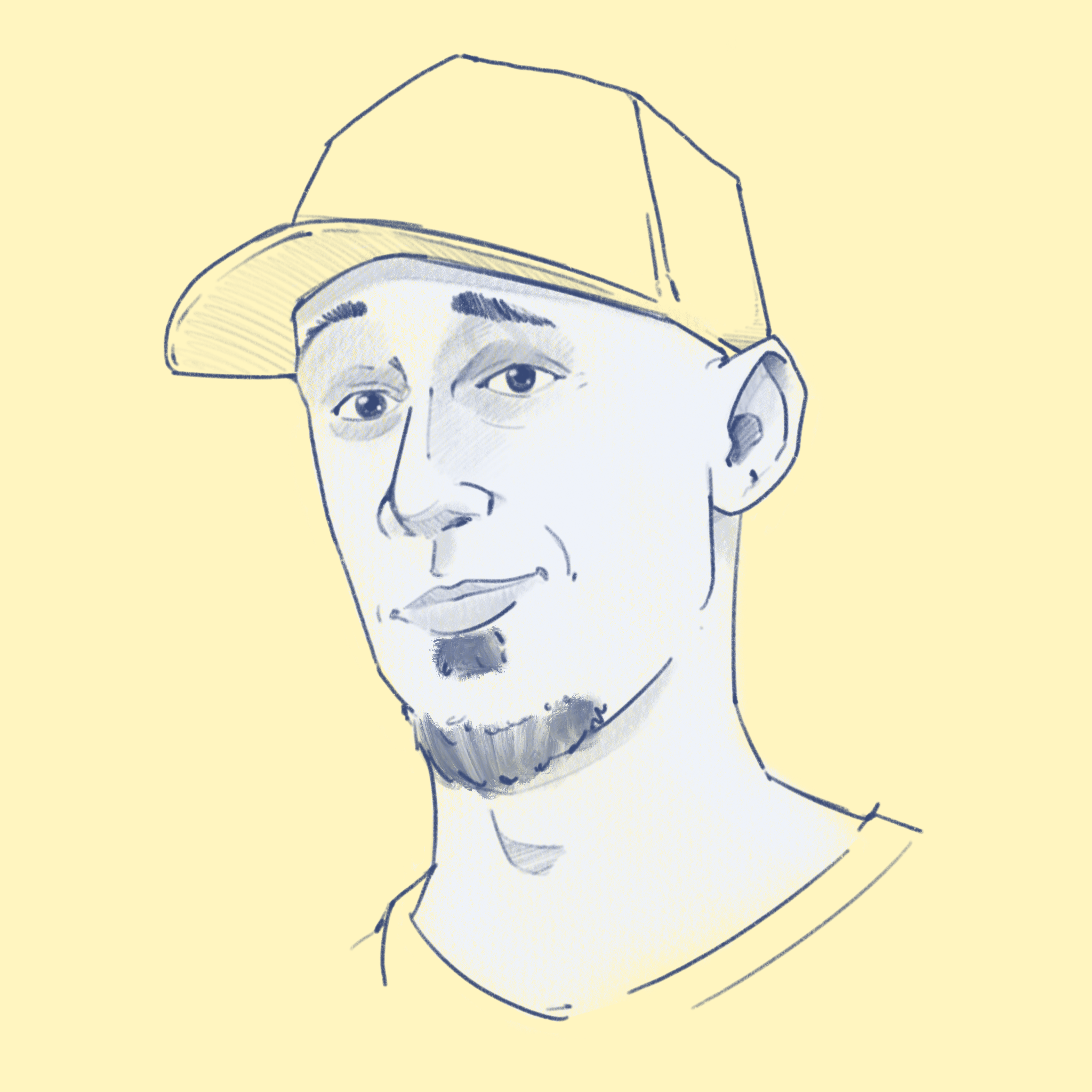 Khoi Vinh: The democratization of design

Khoi Vinh provided us with a sobering look at the design landscape in today’s world. Khoi states that the designer today champions the thought of empathy and inclusiveness. However, when it comes to the topic of design thinking we as designers tend to become reclusive and protective over our craft. We stick to our believe that the world does not see design as we see design. Khoi urges us as designers to treat our craft as a bazaar and less like a church in terms of acceptance. That we should embrace individuals learning the craft of design. These are people who are experiencing design for the first time who otherwise wouldn’t have, and everyone benefits from that. He leaves us with the question of: “do we want to create design that solves everything but nobody would see? or do we want to make design inclusive? 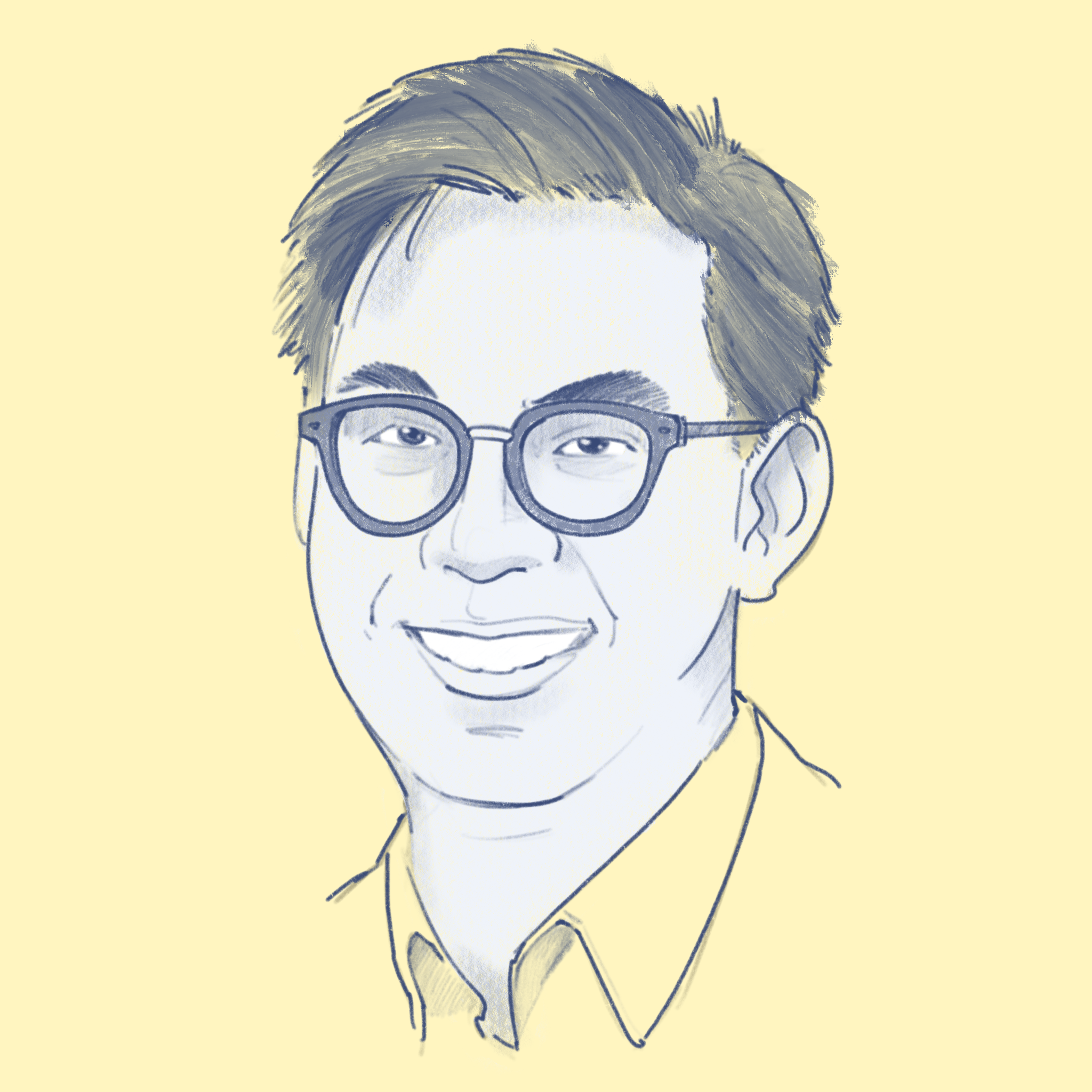 Leta & Wade provided us with a visual rollercoaster of quirky, odd, hilarious, stomach turning, and horrific projects that honestly showed their overflowing passion for the work that they do. They attributed this to their “do it on the go” mentality, stressing that creative work doesn’t have to be expensive. Rather they state that creative work is usually more easier and feasible than you might think. That things that are too perfect are often also forgettable, that we should enjoy the faults. Leta & Wade left us with three mindsets in how to go about creating unique experience: 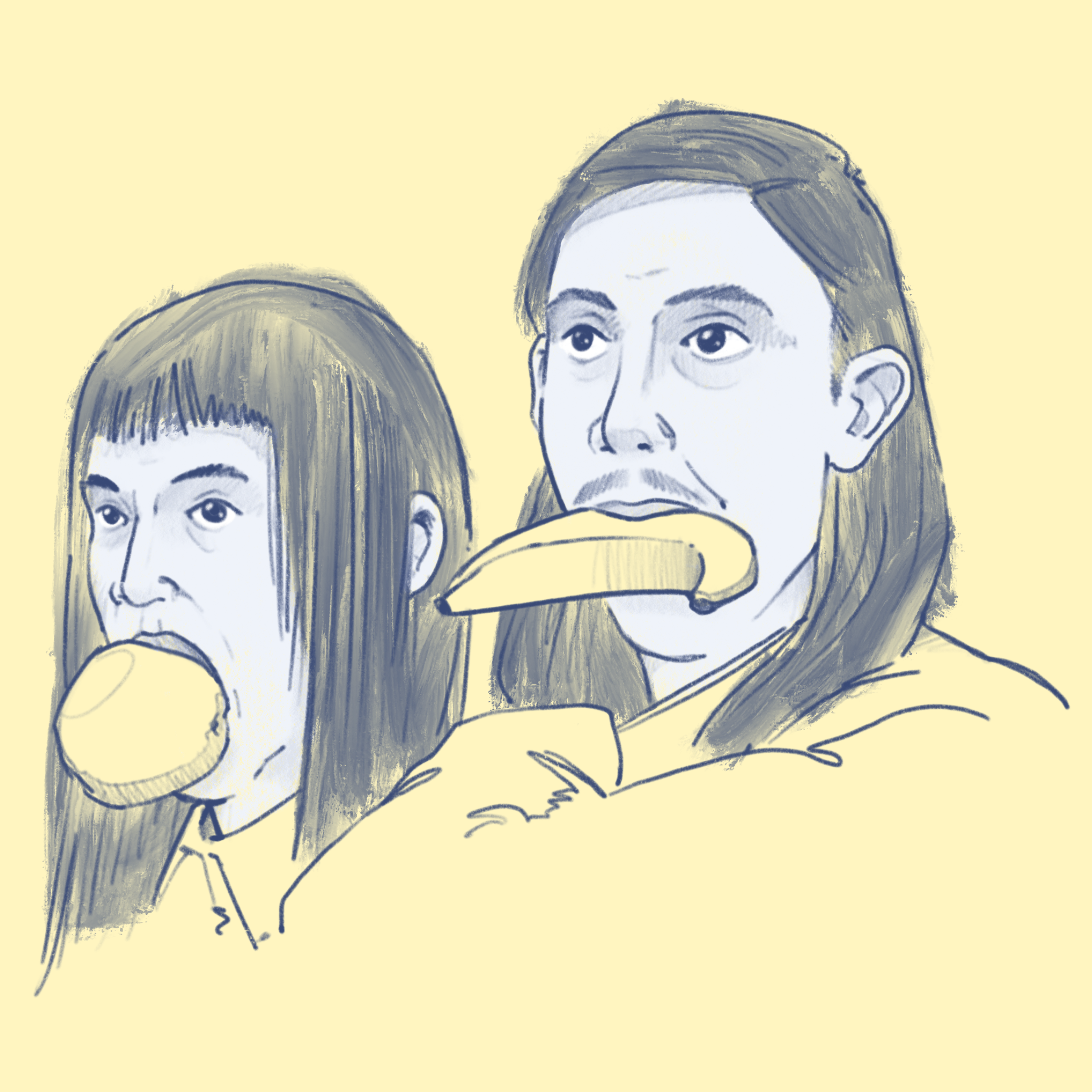 Linda Elisasen: Be yourself, weirdo.

Linda started her presentation with her background of growing up in a religious family that was quite structured. She explained how her creative talent first started off with doodles she made of horses and classmates that she didn’t like. Fast forward this led her to an internship at Cartoon Network which then led to a position at Adult Swim. After Adult Swim Linda went on to have stints at Ueno, Mailchimp, and now at Help Scout. A red thread that is clearly seen in Linda’s approach throughout her career is that 1) she doesn’t shy away from doing it differently, 2) treat brands as people and 3) giving a rich life to all of her designs. The latter she achieves by giving her illustrations and designs a backstory. All her characters have a personality/background which makes them more lively and genuine to her audience. She continues this with her designs of Dropbox Paper’s blank canvas prompt. By making these prompts fun and quirky she enables users to engage with the product and be more likely to begin writing. She closed her presentation by saying as designers we should design experiences, brands, and products that give people the permission to be weird, autonomous, and creative. 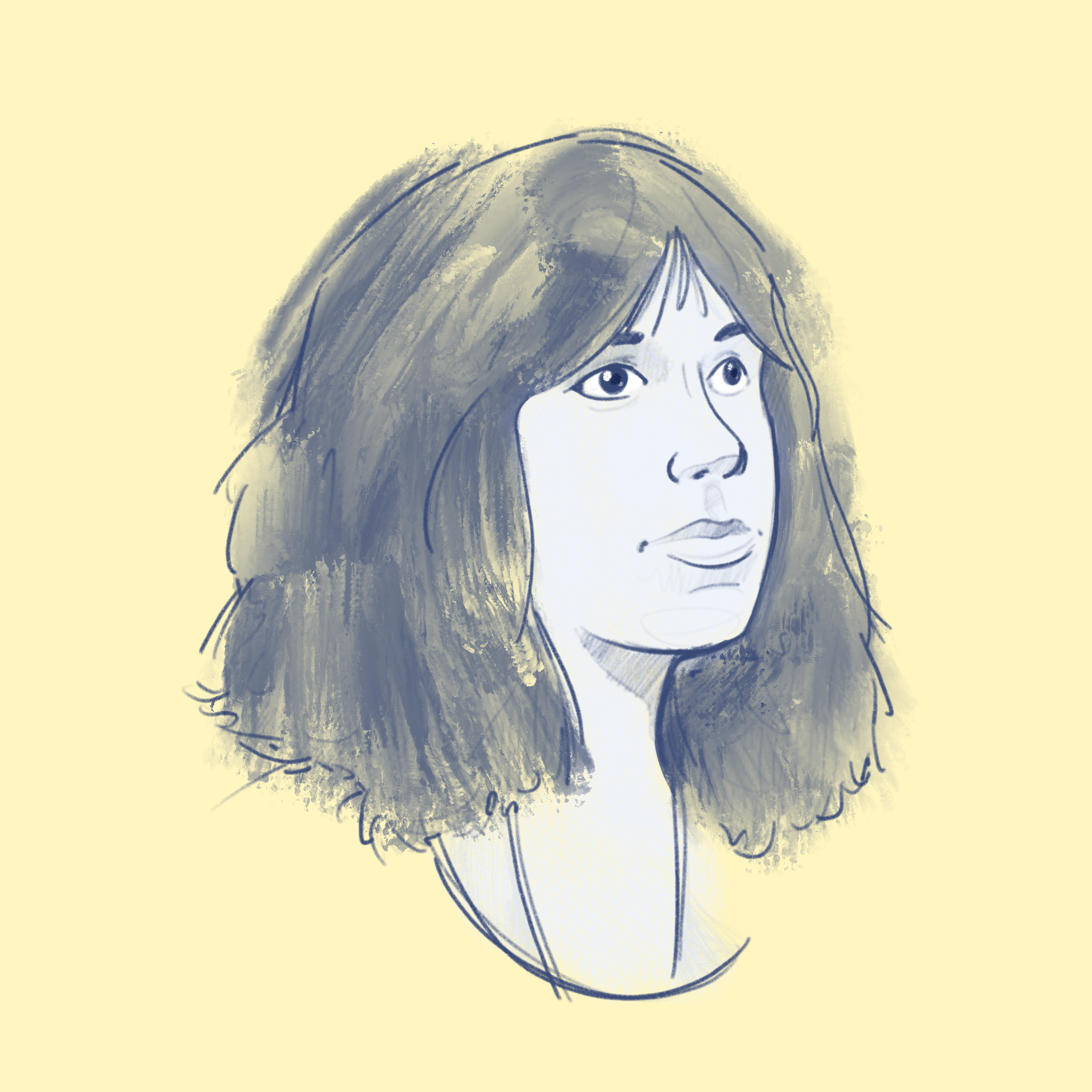 Dan kicked off the whole conference with the metaphor of the handoff between designers and developers that tends to be treated as an illegal drug deal. This is because he believes that designers sometimes are very fickle and perfectionistic with their work. They want to deliver things that are perfect, that look good, that are complete fully. Dan argues against this and argues that designers should let go of this perfectionism and instead focus on communicating the core elements to developers. As he states “doesn’t have to be good, just done. Done is done, it gets better from there”. 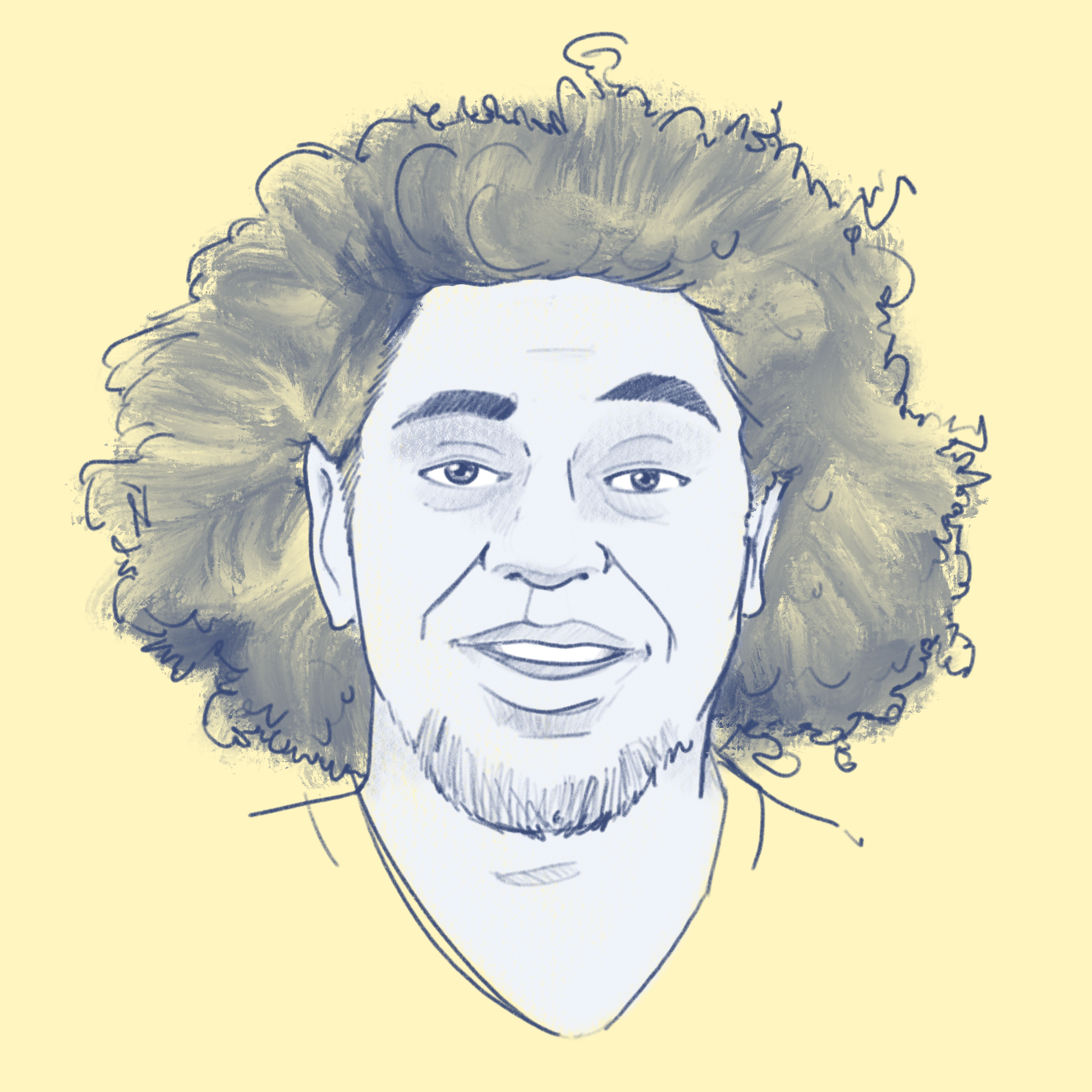 We won’t go into too much detail about what Joshua told during his presentation other than he is a mad scientist technologist designer. He creates mind bending visuals using processing. Check out his Vimeo channel and just let yourself be blown away, or rather in his own words “let yourself rainbow melt for a bit”. 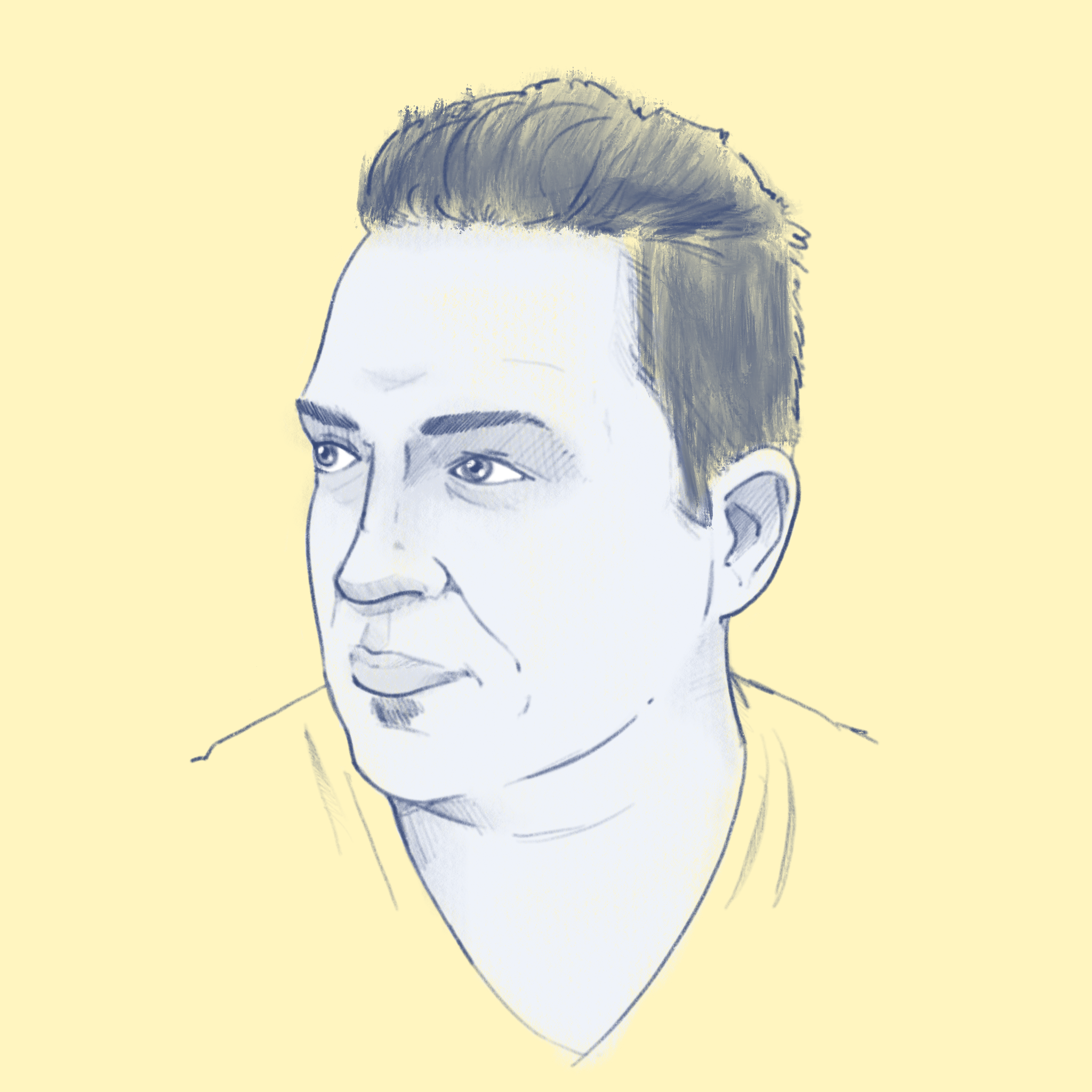 Book a speaker! An overview of talks by Hikers.

Hurray! We Won a Lovie Award!