The right tool for the job: Prototyping

Are you up to date on today’s digital design tools? Back in the day there were a handful of apps and you knew them all. Now we even have surveys about this topic to get an understanding of what is going on. For a big design team like ours it is important to use the same toolset and find a way to make it fit into our design process. At UNITiD we have a lot of discussions about this topic. Also, new team members post questions on Slack like “What tool do you use for …?”.

For design work it is pretty clear: Sketch beat all competition. But when we discuss prototyping and animation tools, it’s a complete different story. There is no application that does it all. In the past few months a flood of new tools and upgrades from the established players came to market. Principle launched in August and one week later Flinto for Mac was released. Another few weeks later Atomic was there. In the meantime InVision rocked with many new features and unmatched content marketing.

With new toolsets constantly being released it can be tricky to find the right tool for the job. Therefore we decided to write a post about the prototyping tools we use in our company and why. Looking at the recent releases, this list might be out of date in a few months, but there are also some tools on this list that we have been using for years.

The tools we use

This application was not made for prototyping and it certainly doesn’t offer all qualities we look for in a prototyping tool. Nevertheless, Keynote is one of our favorite prototyping tools. We like it because we can use it throughout the whole design process. Using animations and transitions, the products come to life and can be communicated to clients and developers. 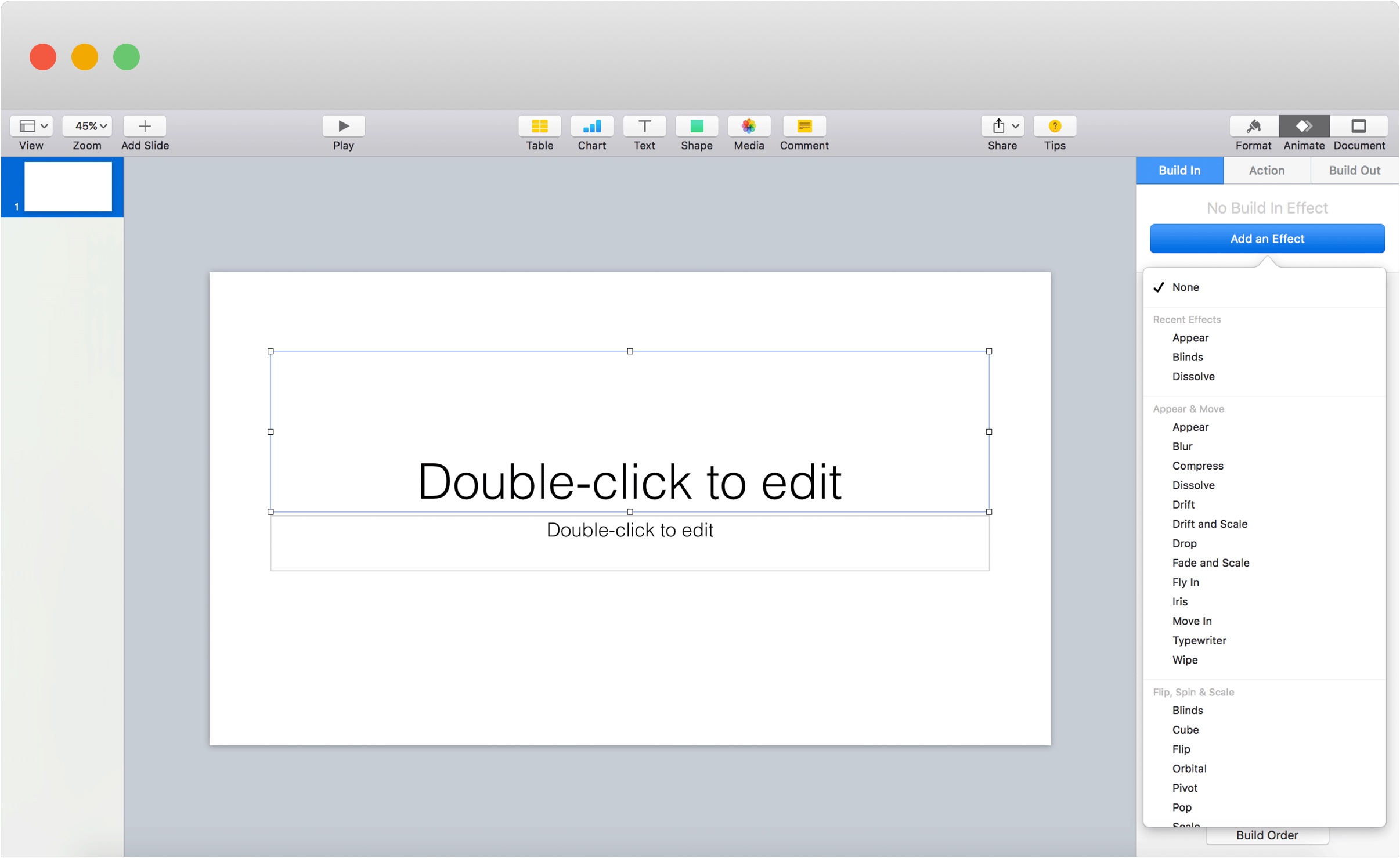 What is it? Presentation application from Apple.

How often do we use it? Very often, as we all know how it works. It also fits nicely into our workflow. It is very easy to use.

Second on our list is InVision. We use it frequently because it offers a lot of functionalities we look for in a prototyping tool. Think of commenting, sharing, transitions, etc. 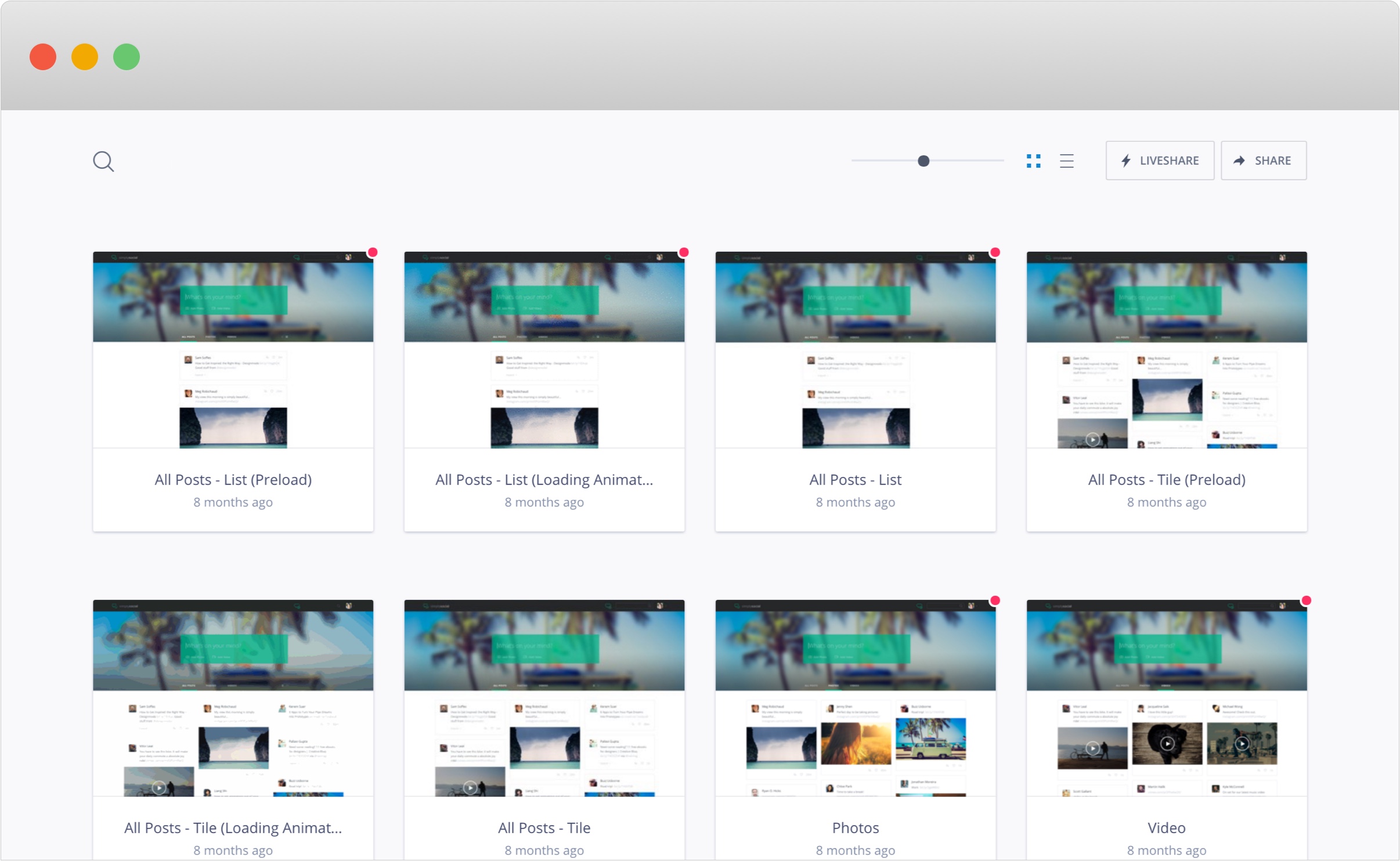 What is it? An online prototyping, collaboration and workflow platform.

How often do we use it? On about half of the projects as it has to fit in the project’s / client’s workflow. We like to use InVision throughout the whole design process, because it makes it easy to test our wireframes and/or visual designs.

Price Starts at $ 0,- per month up to $100,- per month for unlimited number of projects with 5 designers. Enterprise solutions are also available.

Flinto recently released Flinto for Mac. Our prototyping hero David tested it and is a big fan. He finds it the most complete, nicest looking and easiest to learn prototyping tool he’s used so far. 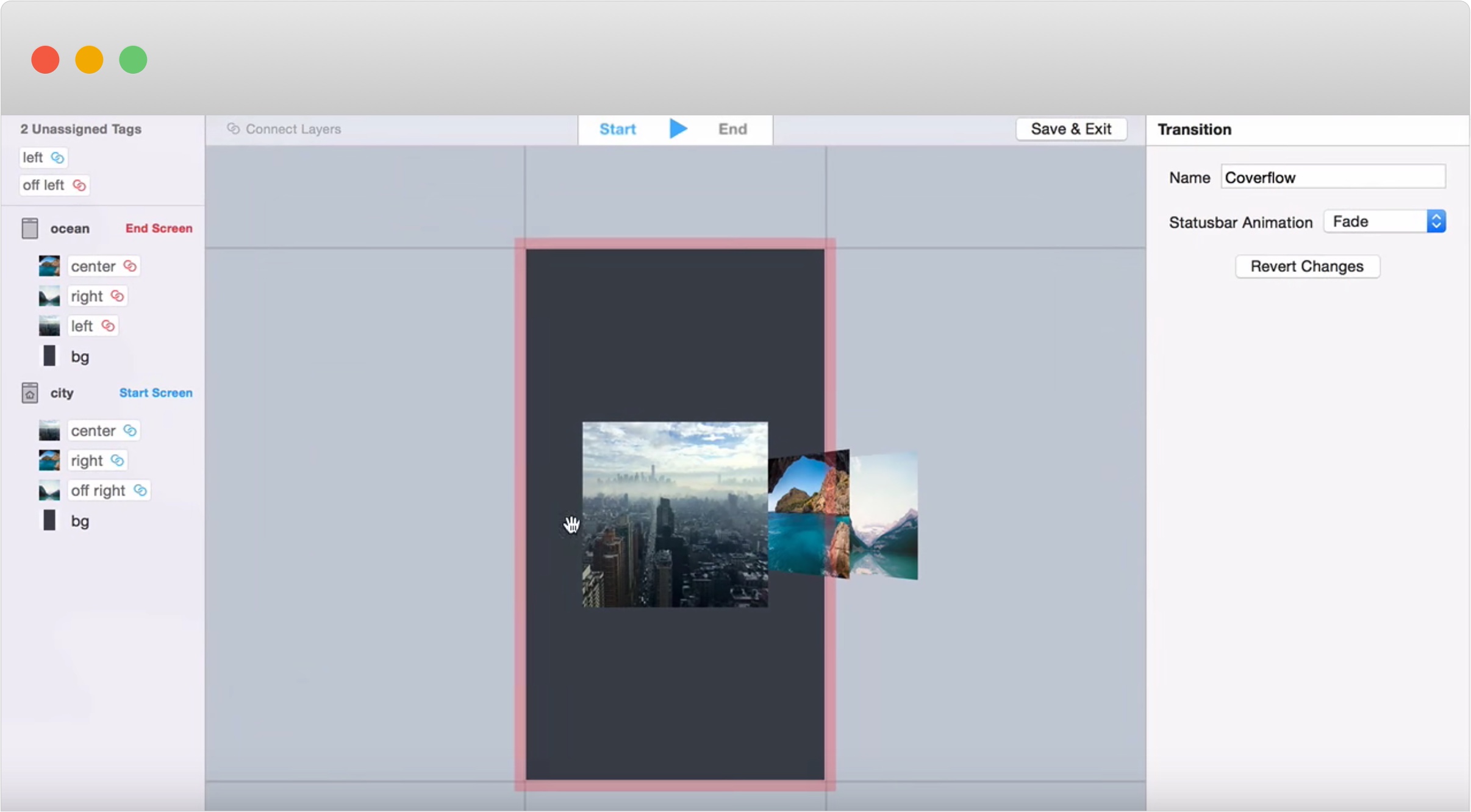 What is it? A mobile prototyping application to design iOS apps.

How often do we use it? As Flinto for Mac was just recently released we haven’t used it that much in our projects yet. From the looks of it and the way it works, Flinto for Mac offers lots of functionalities we look for in a prototyping tool.

These were the tools we use frequently. As you can see Keynote and InVision are still at the top of our list as they have a small learning curve. Flinto for Mac we found is also great to use, it offers a lot of functionalities we look for when creating a prototype and the end result can be very realistic.

Tools we use less often

There are also some applications we like to use, but aren’t used that often. This has to do with the functionalities the application offers, the learning curve it has and whether or not it fits in our workflow. Nevertheless, they are still good tools to use for different purposes.

Pixate is a native app in which you can create advanced prototypes. However, because of its high learning curve we don’t use it that often. 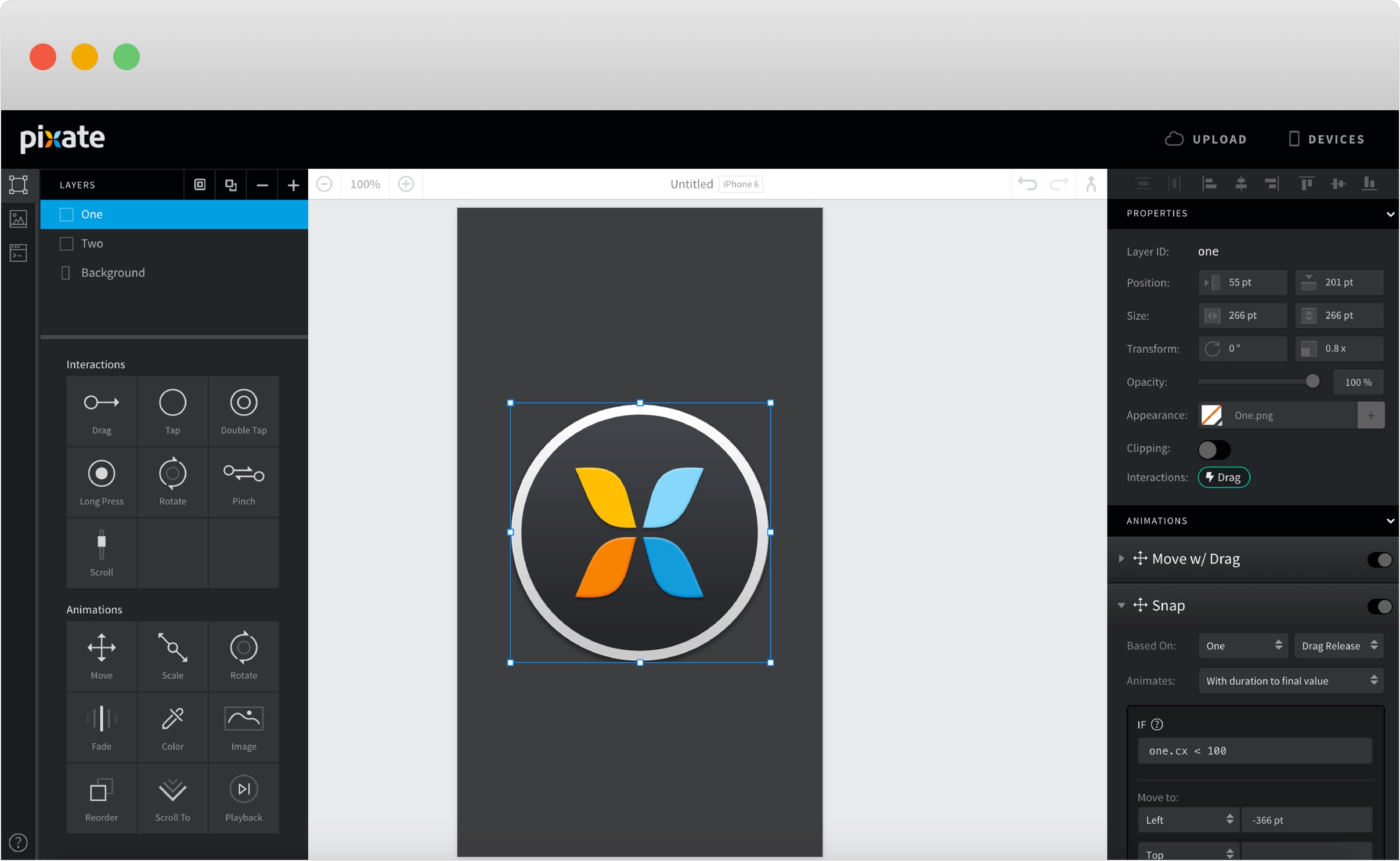 What is it? A prototyping tool in which you can create prototypes for mobile.

Framer offers a lot of possibilities. However, we don’t use this application that often. It’s a very time consuming tool and you need to know how to write JavaScript to get things done. 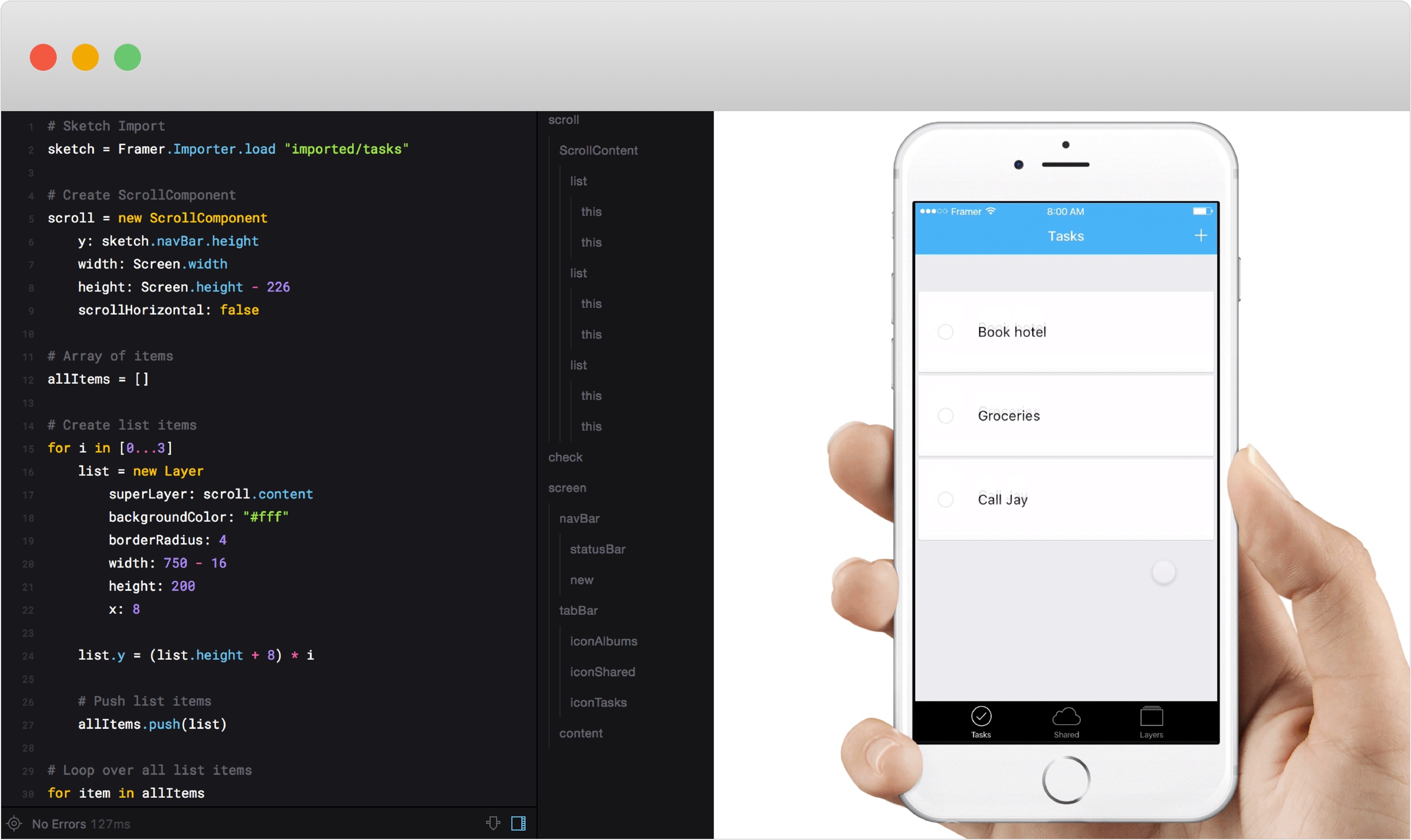 What is it? A code based, application in which you can create animations and prototypes.

Who is it for? Interaction designers and visual designers that are familiar with JavaScript.

We don’t use Marvel a lot, we like to have a little bit more freedom when creating animations/transitions. However, if you like to create basic prototypes and you have no need for customizable transitions, Marvel is great for you! 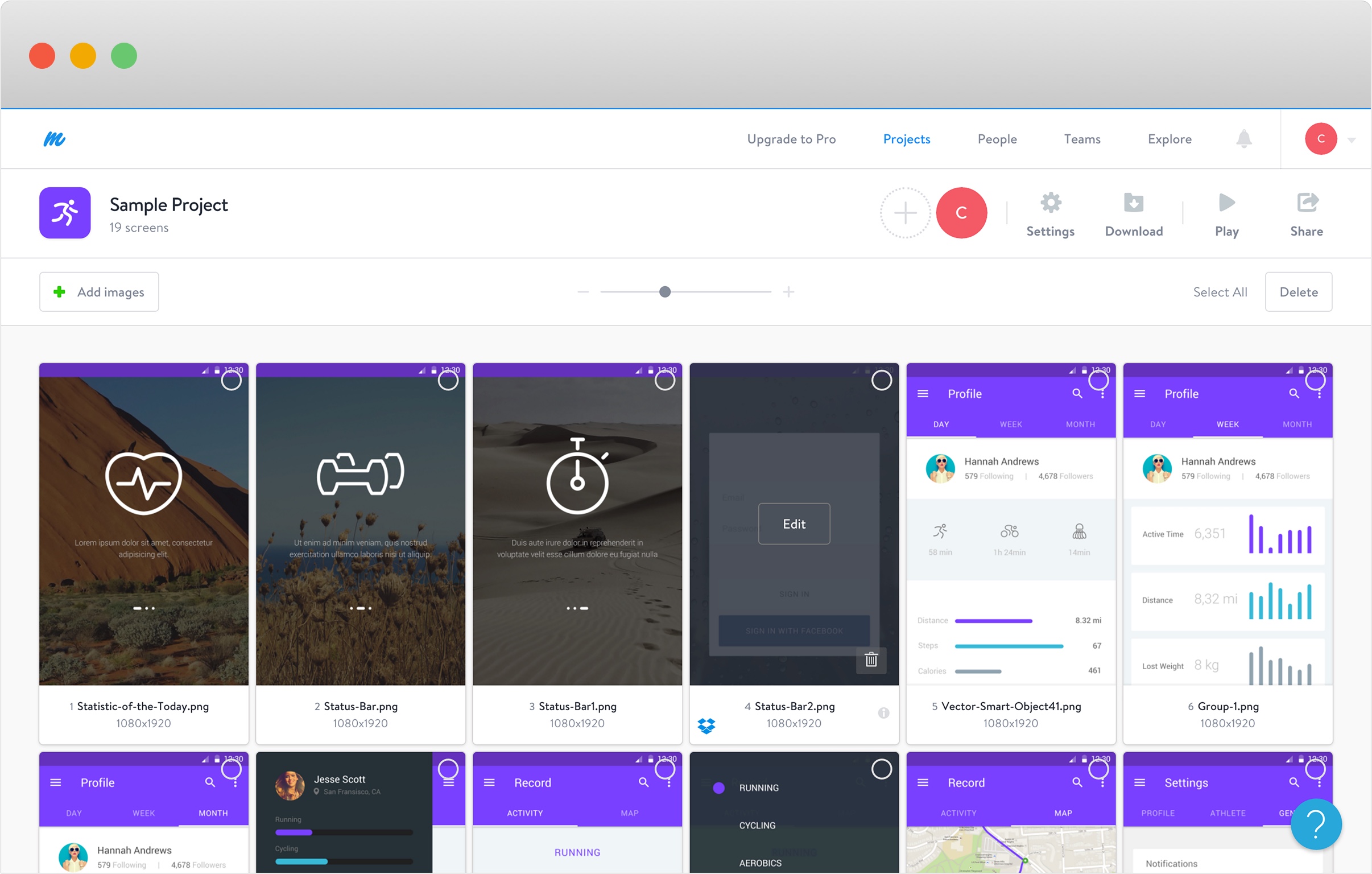 What is it? An online tool to create prototypes for mobile and web.

Price Starts at $0,- per month up to $55,- per month for a team of 5 users. Enterprise options are also available.

With Proto.io you can create advanced prototypes, however because it lags the basic functionalities we like to use (think of copy pasting from other tools, getting an overview) it is not used that often. 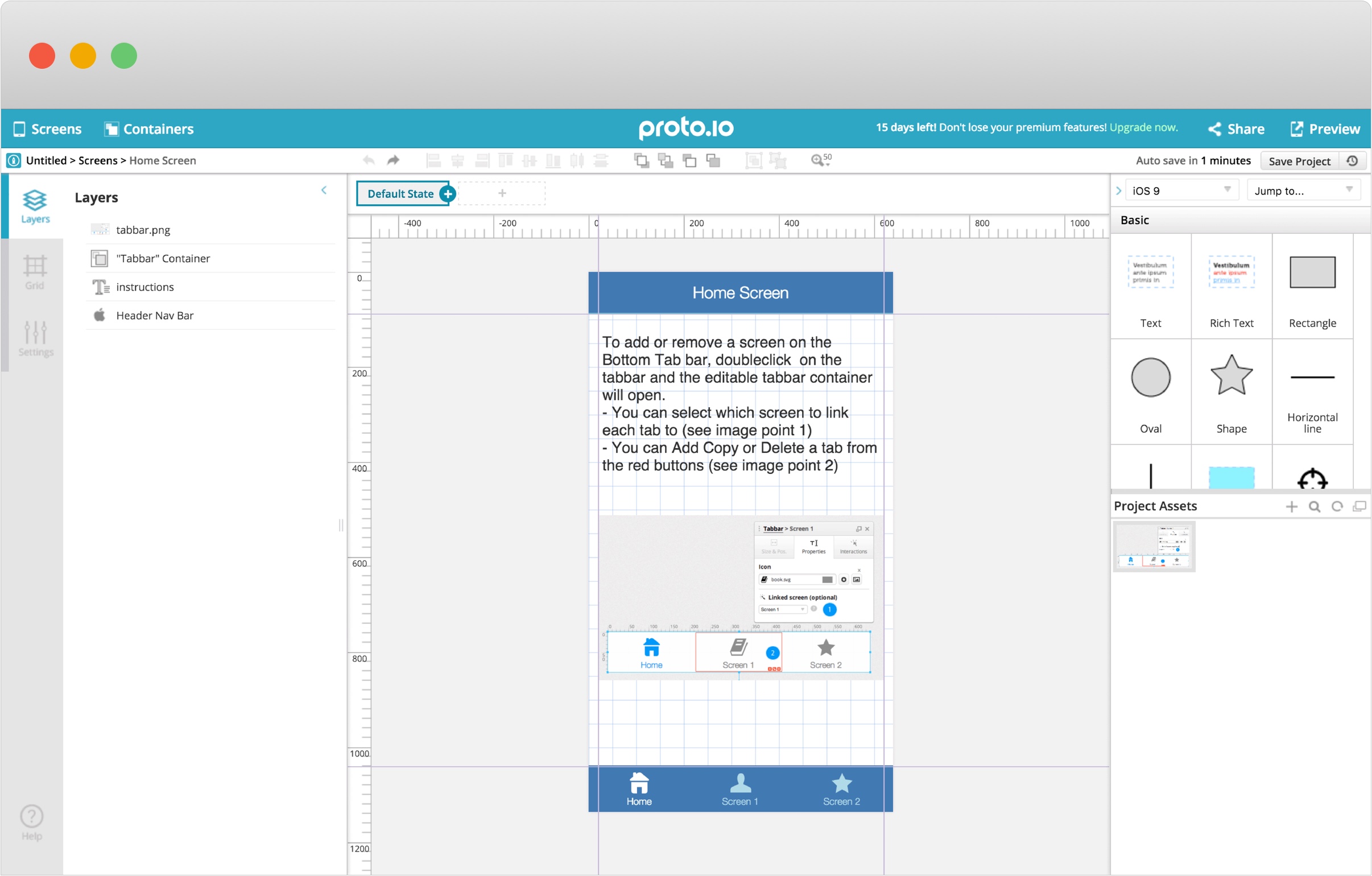 What is it? A prototyping tool in which you can create prototypes for mobile.

Atomic was released a few months ago. Because we are still trying it out this application isn’t part of our workflow yet. However we do like to mention this new tool. 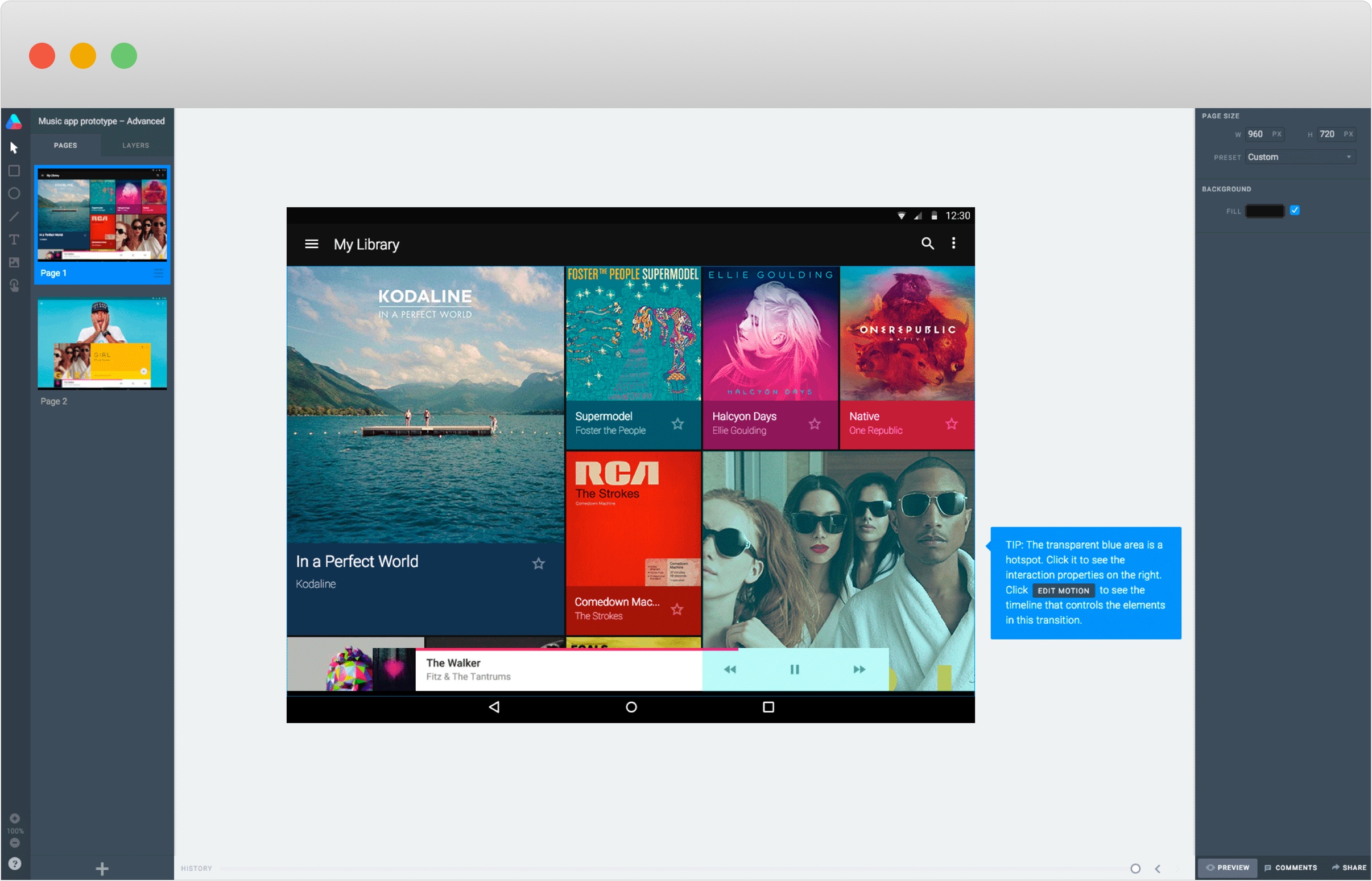 What is it? An online design and prototyping application.

Axure is clearly focused on interaction designers. Even though some of us still find it one of the most complete prototyping tools, nowadays there are much more tools out there that work for both interaction designers and visual designers. Similar tools we used this year have a smaller learning curve, work a lot faster and can be used on several moments in a project, also in later stages. 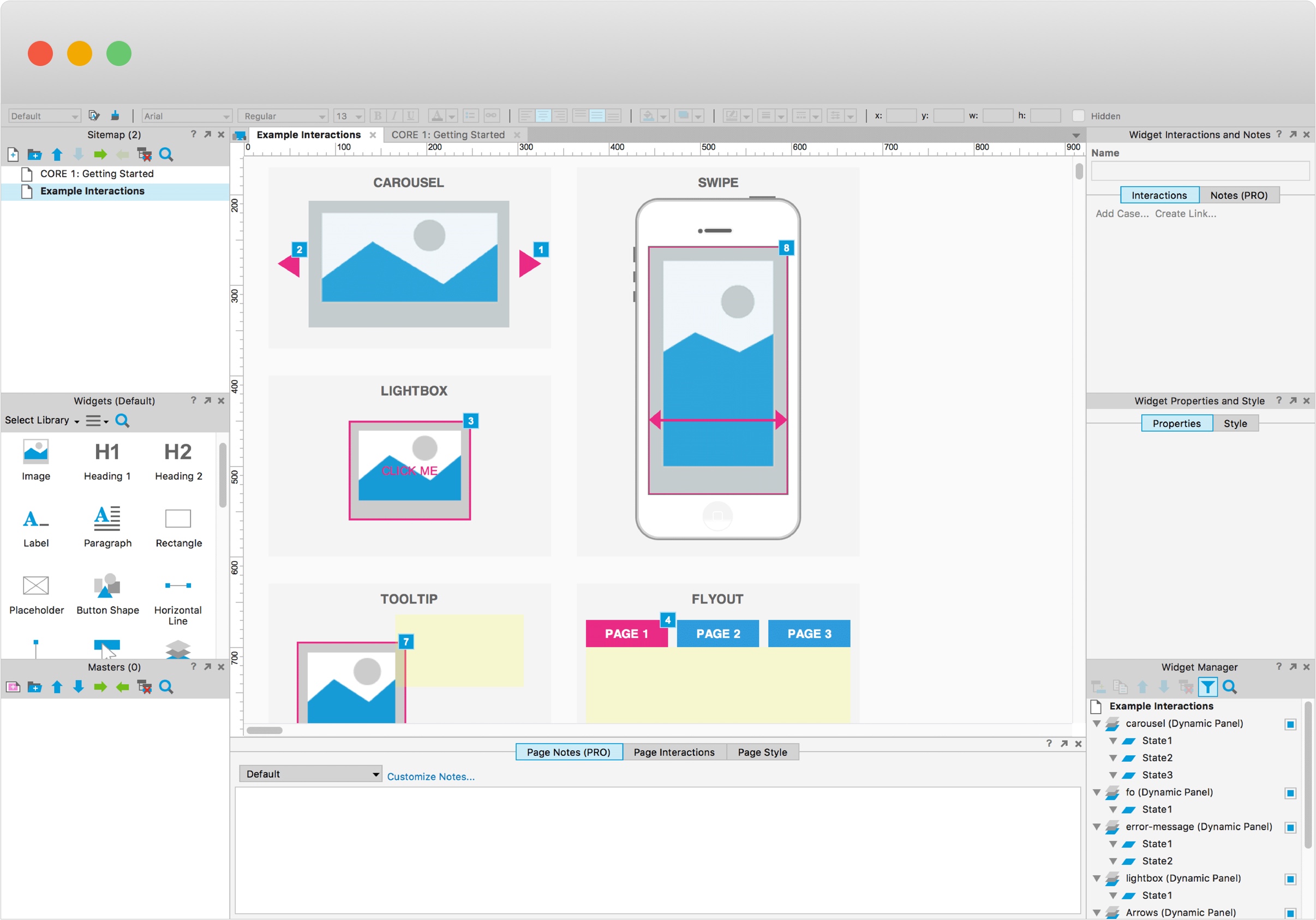 What is it? A wireframing & prototyping application.

Who is it for? Mostly interaction designers.

As new applications are released quite frequently, we also want to mention which ones we are looking forward to!

InVision’s Motion. Adding animations to this super fast application would fix a huge gap. We already love InVision, so adding animations would be a huge plus. Motion will probably be released in early 2016.

Adobe project comet. We can probably say that this is Adobe’s answer to Sketch, looking at the interface we get to see in the previews. Designing and prototyping in the same application would make things a lot easier, as we wouldn’t need to export our designs. Project Comet will probably be released early 2016.

A tool that is still missing, is one for prototyping remote controlled TV interfaces. We haven’t found any that are focussed on this platform. To be able to test our TV design, we have built our own solution, codenamed Protoid. With this tool you can create prototypes specifically for TV interfaces that you can interact with via a remote control. If you are interested in this tool, feel free to contact us!

So how about you? What’s your opinion on the tools we’ve used, are your favourites part of this list? Obviously there’s a lot more out there we haven’t mentioned yet, like Principle for Mac, Indigo studio, iRise, Origami. Let us know your experience with them! What functionalities do you look for when creating a prototype? We’d love to hear about your favourite applications and check them out!

Want to learn more about the tools?

For @Elonmusk: 8 improvements for the Tesla UI

NRC Live Moonshot: a first impression of the VR...

The future of table football in 11 FAQ's