It's often the small hacks that make the finest innovations

The problem with innovation departments is that most people think that is where innovation comes from, begins Flemming Morth (42), head of a ten-person innovation team at Royal Swinkels Family Brewers. "But everyone can innovate," he emphasizes. "As long as you look at the world with a curious and investigative mindset."

It is precisely this curious mindset that Flemming tries to ignite in his colleagues, with whom he happily creates friction to evoke new perspective-taking. "We are all trained to ask why-type questions, and then have an answer for everything. Meanwhile, humans often behave illogically. So, for example, when you come home with fresh eggs, where do you put them?" asks Flemming. I put them in the fridge, I answer. Although for days, they have been left unrefrigerated in the supermarket, he says with a smile. "Worse still, you probably put them in the egg rack in the fridge door. That is exactly where they have the highest risk of rotting, because of the constant opening and closing of the door. Strange, right?" What he wants to say with this is that consumers do irrational things and it is up to him and his colleagues to observe and make sense of this irrational behavior. "If you understand it, you can influence it."

"It's often the small hacks that make the finest innovations."Flemming Morth

Recently, one of his most notable insights was to not only rely on external market research. But, rely just as much on yourself and your colleagues' motivation and insights. Flemming was taught this particular lesson last year, when he was in charge of the marketing for Habesha Breweries in Debre Birhan in Ethiopia. The mission was to build a strong marketing team and to continue the success of Habesha beer. "I was leading the team there and established a culture in which employees are encouraged to take risks and experiment and learn," says Flemming. Prior to the launch of a new malt beverage, we established from consumer tests, that the colour of the malt beverage labels should be dark red. However, the day before the labels went into print, Flemming received an email from marketing saying that the sales team was not convinced about the colour, they want it to be changed to brown. Flemming says "the consumer test results pointed to dark red, but if the sales team would be more motivated with the brown label and marketing agreed, then that is what we will do."

Innovation is not only about coming up with new ideas, according to Flemming. It is just as much about implementing the ideas well. And that works best if your entire commercial department is behind an innovation." They have to be proud and confident to sell the product." Another one of these lessons, says Flemming. "Trust your team and do not create an environment where management always is needed to make decisions." In Ethiopia, his team was highly autonomous, he says. "Having autonomy made the team put an extra effort into the implementation phase. That is the key to innovation." There is no other brewery part of Royal Swinkels Family Brewers that is growing as fast as Habesha Breweries in Ethiopia. 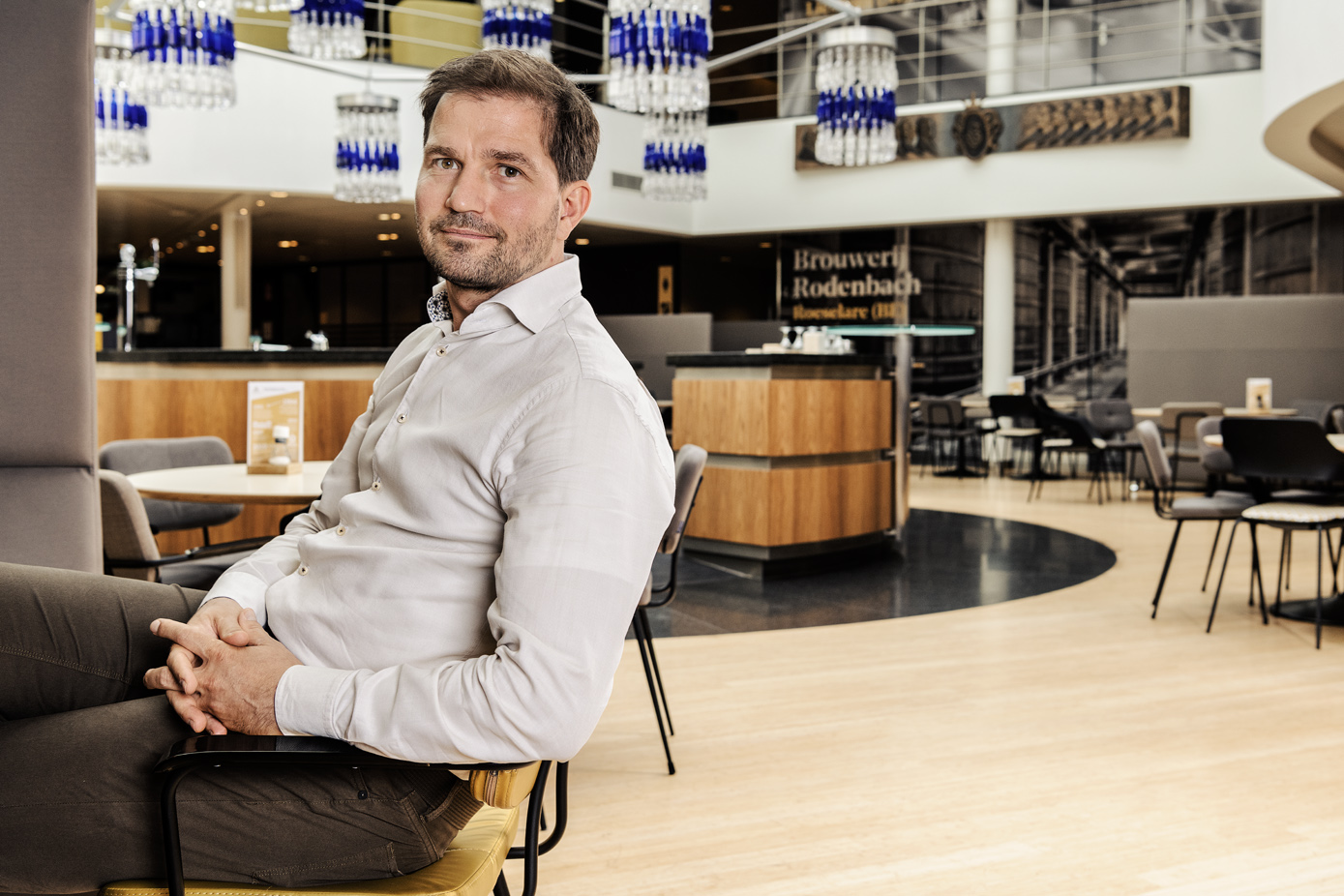 It often seems as if innovation has to be something new and sensational, while the finest innovations are often small hacks that improve your relationship and relevance to the customers and consumers. Or, improvements that make an organization more sustainable. "Take for example, the brewery in Lieshout, some of our skilled engineers came up with a smart way to save energy," says Flemming. "Simply put, the remaining energy from the brewing process comes in the form of warm water, which is then used as an energy source for other processes. With that simple hack, we save 20-25% energy."

Here is another example of a small hack. Nowadays, there are so many craft beers to choose from in Dutch bars that many consumers have difficulty choosing. Therefore, the person you often turn to for recommendations, is the bartender, says Flemming. "Bartenders are often students that do not always know what all these new beers taste like, so they end up recommending something they already know. However, if we put small labels with taste descriptions on the back of the beer tap, we could in a simple way help the bartender make better recommendation. It is just a matter of immersing yourself in the context of the consumer and devise small steps to move towards a more favourable behavior."

Already at a young age, Flemming was challenged to be creative. "My dad is a forester and we lived in the forest," he says. "In a remote place, so in the early years my brother and I mostly had each other to develop creative play with." His brother was a true study nerd and has eventually become a professor. Flemming, on the other hand, discovered that he preferred walking off the beaten track. "I did not have to compare myself to anyone and that motivated me. I could create my own ways."

His most important mission for the coming year is to make the company able to adapt to the rapidly changing business environment. For that, there are two important things, he says. We need to dare to innovate in new areas, and believe and support the innovations even though they might not have immediate success. Then, it is also important to have the agility to quickly react to emerging trends. "When there is a new product on the market that resonates with consumers, we need to be able to copy and improve it quickly." According to Flemming, you cannot always be the market leader, "but you can remain creative in your execution. Take Google. It was not the first search engine, but now it's the market leader, because they continuously look for ways to meet the relevant user goals better."

There are 22 family members working at Royal Swinkels Family Brewers, and family still makes up the majority of the management team. How does that compare, for Flemming who used to work for stock listed companies? "When you need to deliver results every quarter, profit is one of the most important drivers the company revolves around," he says. "Family businesses have more flexibility to do things differently. They can decide to take a bit more risks and invest in innovative and long-term projects." Above all, many employees who work here learn by doing, says Flemming. "That is what we do in Ethiopia, for example: instead of hiring experienced professionals from outside, we focus on training colleagues from within. And allow them to make mistakes. I am where I am today because I had the opportunity to make mistakes and learn from them." Do not let hierarchy stand in your way, says Flemming." At Swinkels Family Brewers we have a flat organization and you should not wait for your boss to take action if you have an idea or a suggestion for improvement. You can go to any leader, and they will listen. Flemming does not see himself as an employee, more like part of the family business. "They can call me day and night, because I really feel part of the company, and that is exactly what is keeping me here."

Can you manage innovation? Large Dutch companies seem to think so, judging by the number of innovation managers who have been hired in the past two years. But how do you handle the managing of semi ideas and vague plans whose value have yet to be proven? How do you deal with the torrent of normal-is-best, as seen in traditional companies? Who are these corporate troublemakers? What drives them and what are their biggest challenges? A close encounter with innovation managers in the Netherlands. Follow the full Hacking Innovation series on Medium.

Leap ahead of the competition

Latest from the innovation trenches